Three tests are prescribed in AS 4586 to assess the slip resistance of a floor surface. The following will describe the test and changes in the 2013 version of the Standard.

Wet Pendulum Test (P-rating) for pedestrian areas that can become wet with rain water. This can be specifically applied to urban stormwater grates.

The Wet Pendulum test uses a Pendulum Friction Tester and a rubber slider. The rubber slider material has been altered in the updated Standard to more accurately represent a worn and polished heel. This means that the test is more difficult to achieve higher levels of slip resistance than previous revisions of the Standard.

Wet-Barefoot Inclining Platform Test (A, B or C rating) for wet areas where footwear/shoes are not worn. This can be specifically applied to urban stormwater grates in specific areas such as pools, waterparks, beach areas etc.

The Wet-Barefoot Inclining Platform test uses an inclining platform wet with water to assess the slip resistance of a pedestrian floor surface material. The barefoot test person facing downhill moves back and forth on the platform as the angle of inclination is increased until the safe limit of walking is reached.


Note, the pedestrian surface should not be installed at the angle reported in the test. This angle provides a means of classification only in controlled laboratory conditions

Oil Wet Inclining Platform Test (R-rating) for commercial and industrial areas that can be contaminated with oil or grease. This can be specifically applied to internal industrial and commercial environments such as commercial kitchens and food processing factories.

The Oil-Wet Inclining Platform test uses the same inclining platform as the Wet-Barefoot test with the test surface coated with engine lubricating oil instead of water and the test person wears a specific test shoe. The test person moves back and forth across the test surface where the angle of inclination is increased until the safe limit of walking is reached. The angle of inclination obtained is used to classify the degree of slip resistance with an ‘R’ rating,from ‘no classification’ for angle less than 6 degrees to ‘R9’ and up to ‘R13’. ‘R9’ being the lowest inclination and lowest slip resistance rating the Standard classifies. ‘No classification’ is new in the current Standard.


Note, the pedestrian surface should not be installed at the angle reported in the test. This angle provides a means of classification only in controlled laboratory conditions

The following table provides guidance on slip resistance for particular applications based on the test methods in AS 4586-2013. For further details, refer to Section 5 Selection of Pedestrian Surface Materials in SA HB 198:2014 or go to: http://www.acodrain.com.au/resources/slip-resistance.htm 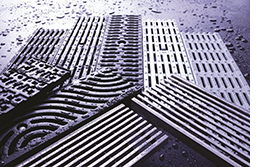 For a list of slip resistance ratings and the complying Heelsafe® Anti-Slip grate with reference to the suitable ACO Drain trench drain, click here.

Click here to for PDF version of this page 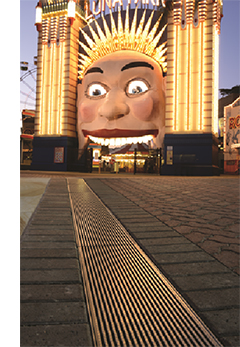 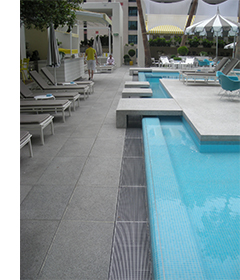 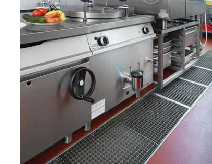 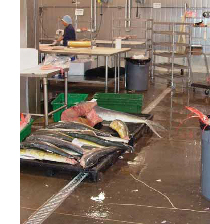