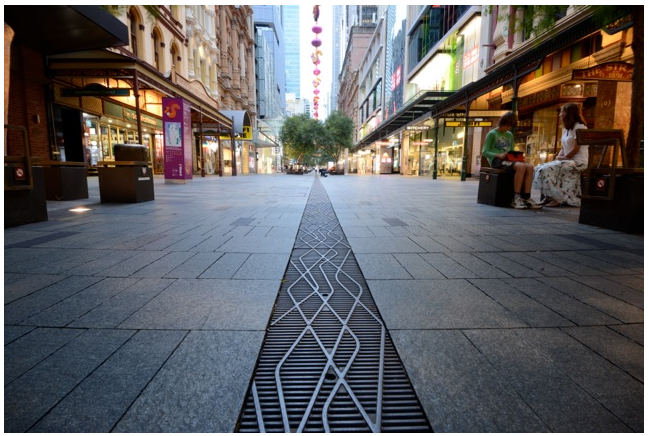 ACO has just featured in two high profile Australian projects for Water Sensitive Urban Design (WSUD) and has received recognition for its contribution to the development of Dorset Square Car Park, Melbourne and the Pitt Street Mall Upgrade, Sydney.

Dorset Square Car Park won an excellence award in the category of ‘Stormwater Management Initiatives’ from the Stormwater Industry Association of Victoria. The project was commissioned by the Knox City Council to improve the function of the site through WSUD.

Prior to the upgrade, the car park was unsafe for pedestrians and suffered an urban heat island effect during summer.  In winter the surface was subject to local nuisance flooding, due to pit blockages from wind-blown litter.

As part of the reconstruction, the Council wanted to include a shared zone for vehicles and pedestrians.  This meant removing existing kerb and channel, and required a clever design response to get water into stormwater pits.

Designers chose to use a permeable drainage design that incorporated permeable paving, several trench grates and interconnecting tree pits, as well as introducing 70 new trees that gave a greener feel to an area that was formerly dominated by concrete and asphalt. 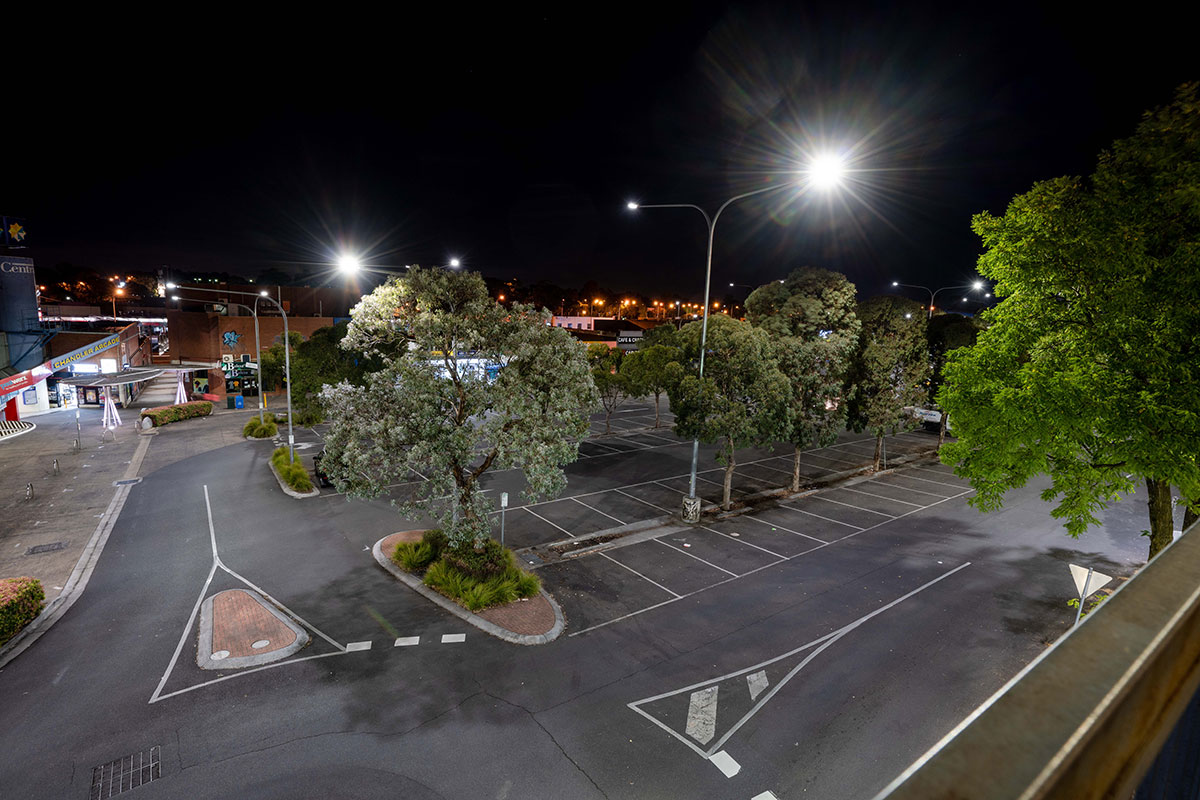 ACO’s KlassikDrain with Iron Heelsafe Anti-Slip® grates was specified for the drainage of the impermeable pavements that are structurally supported with concrete edge strips with foundations tying into the surrounding concrete pavements.

ACO’s KlassikDrain, the world’s most widely used modular trench drain, is an interconnecting modular, general-purpose system featuring an aesthetic integrally cast-in steel-wearing edge. The system is available with a wide range of foot friendly grates which can be secured into each channel unit with a boltless locking system. 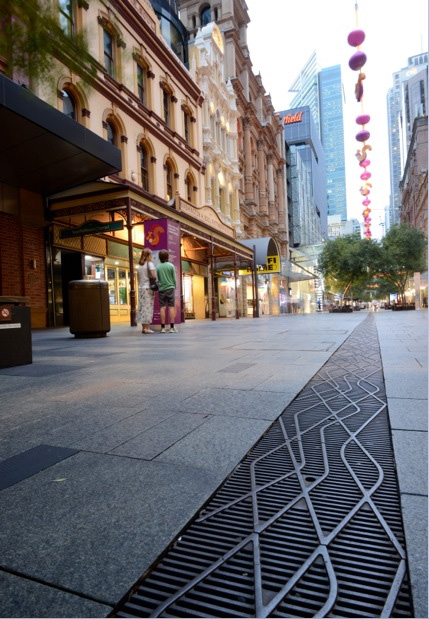 This was achieved through a re-grade of the existing surface towards a centrally positioned trench drain designed to evoke the Tank Stream – Sydney’s original water source.

The planners and engineers on the project had requested this appearance for the drain to harmonise with the architecture of the old buildings nearby. The architects involved designed a pattern for ACO to portray on its grate. The sequence of grates would then allow the pattern to have an aesthetic and visual continuity to suggest the effect of water flowing down the pavement. A lighting system was also suspended in the underlying channel run to give a unique visual night effect.