Albert Park is an iconic landmark in Fiji and is situated opposite the Fijian Parliament House and government building. The park was opened in September 2016 after a $17 million redevelopment to the grounds and pavilion. The park hosts many important sporting games and is the focal point for community events such as the Constitution Day celebrations and Hibiscus Festival. The refurbishment included four rugby / soccer grounds, two cricket fields, modern lighting, a new 1000 seat grandstand, corporate lounges and VIP rooms. The park surface was also upgraded with new turf and a new drainage system, bringing it up to date with international standards.

The park had an uneven surface and regularly encountered problems with flooding. Designers required a cost effective, efficient and easy to install trench drain system with trafficable grates to resolve the flooding issues. 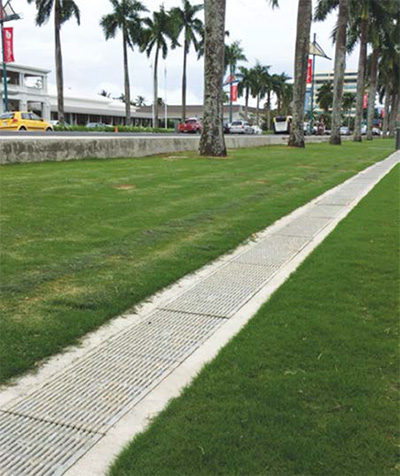