Designers required effective drainage to stop water running off from the bridge on to Gauthorpe Street, on the Rhodes side and Footbridge Boulevard, on the Wentworth Point side. A key aspect of the drainage design was to stop road debris from entering the stormwater system and to ensure that the grate type was safe for pedestrians and cyclists. 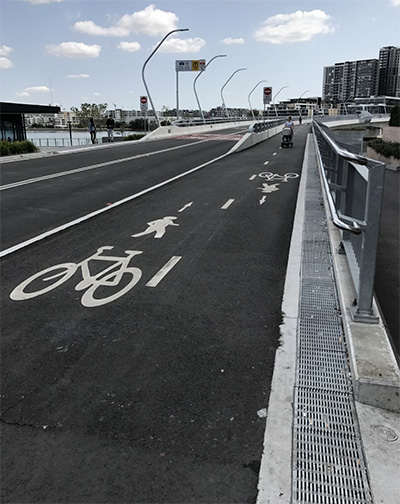