Originally built in 1825 as a store house on Sydney Harbour, Campbell’s Stores is today home to fine dining restaurants and a bustling entertainment area. In 2019, Campbell’s Stores had a major refurbishment to restore the original sandstone walls, replace the 19th century roof tiling and install a new pavement area.

For pedestrian safety, designers wanted to keep pavement levels as flat as possible. Therefore, the drainage system needed to be positioned correctly to intercept surface water effectively. Designers also wanted the drainage system to be discreet and not upstage the historic area. 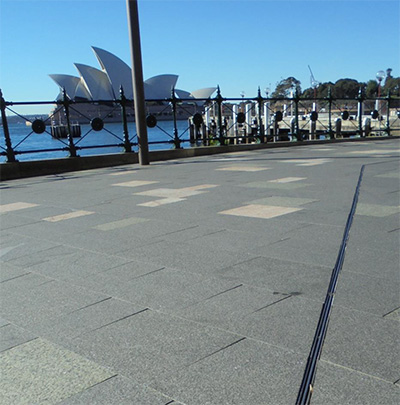